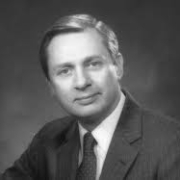 Dick had a long and impactful career in the hospitality industry.  After graduating Cornell Dick worked with Hilton where he spent 15 years in management positions around the country.  He departed Hilton as General Manager of the Statler Hilton (Capital Hilton) in Washington, DC.  He joined Hyatt in 1972 to become the first GM of the Hyatt Regency in downtown Houston.  He retired in 1996 as Vice President / Management Director of the Grand Hyatt Washington, a 900-room property he opened in 1987.

After leaving the industry, Dick returned to Ithaca to serve as Executive in Residence.  During the Spring of 1997, Dick counseled graduate students.

In 1997, Dick also began his term as Global President of the Cornell Hotel Society.  During his tenure as CHS President, Dick coordinated Hotel School 75th anniversary celebrations around the world.

To honor Dick, CHS encourages donations be made to the Richard C. and Stella G. Nelson Scholarship which was established by Dick and Stella in 2010.  Income from this fund provides undergraduate scholarship support for Hispanic American students with an interest in hotel operations enrolled in the Hotel School.  Information on donating can be found on the following website: 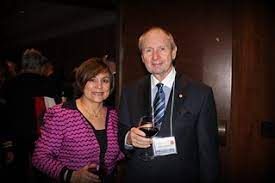