The CHS Washington DC/Baltimore Chapter hosted their first in-person and virtual programming event of 2021!  Attendees gathered at Mercy Me at Yours Truly (one of DC’s newest hotels) for a cocktail making class, networking, and hotel property tour. The event was held on one of their outdoor patios, with social distancing considered.  The Chapter also provided CHS members with a virtual option.  Attendees were able to order their own cocktail making kit from Mercy Me’s website for pick up and then join online via a live stream of the cocktail class and online networking after. 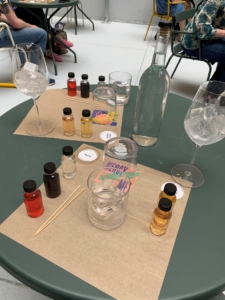 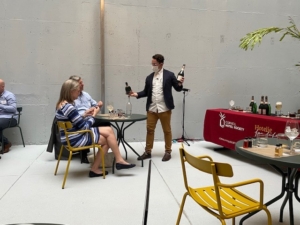 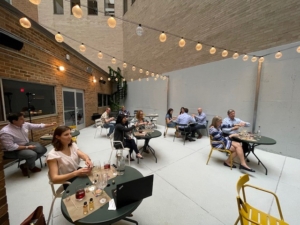 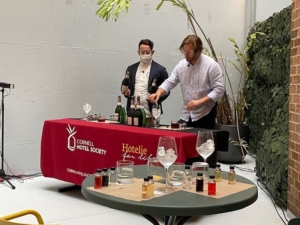 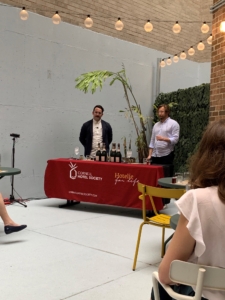 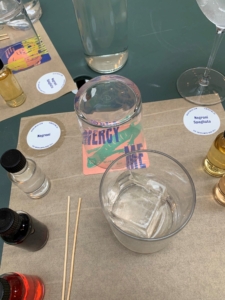 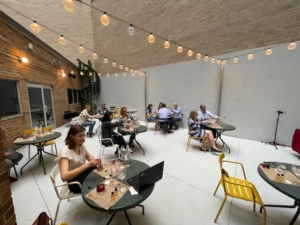 It is not uncommon for a Hotelie to follow a career path outside the hospitality industry.  However, it is rare to see a Hotelie enter politics. For Brooke Pinto ’14, the path to a career in politics felt inevitable.  Helping people is in her DNA.

Growing up, Brooke was very familiar with the Cornell Hotel School. Her mother, aunt and uncle attended the Hotel School. Because of her love of service to others, all her cousins unanimously identified her as the relative most likely to follow the family footsteps to Ithaca.

Brooke was attracted to the Hotel School because it provided a management program grounded in hospitality. Of special interest was her Hospitality Law class with Professor Sherwyn. This class provided her with a sense of the legal tools that were available to help serve the needs of the seniors she cared for during her summer internship at a senior living community. Ultimately this inspired Brooke to attend Georgetown University Law Center after graduation from the Hotel School.

Attending law school in Washington DC helped shape Brooke’s career in politics. While at Georgetown, Brooke worked with Senator Richard Blumenthal from her native state of Connecticut. With Senator Blumenthal she furthered her knowledge of health-related legal issues. Using the business knowledge gained at the Hotel School, Brooke also spent time working in the area of tax law.

Upon graduation from Georgetown, Brooke served in a series of legal positions at the local and federal levels.  Ultimately, she became the Assistant Attorney General for Policy and Legislative Affairs for the Office of the Attorney General in the District of Columbia.  During this position she worked very closely with the DC Council which increased her interest in serving in local government.

Early in 2020, one of the DC Councilmembers resigned. Brooke was encouraged to run for the empty position, and ultimately won the election to serve the remainder of the vacated term through 2020. Brooke also won the election to become the Democratic nominee to fill the four-year term as DC councilmember for Ward 2 which stretches from Downtown to Georgetown. She is currently campaigning for that election to be held in November of 2020.

Campaigning has proven to be exhausting, yet rewarding. Brooke estimates that she has called over 30,000 residents in her ward, not to just earn their vote, but to listen to their needs, a skill that was strengthened at the Hotel School. To help the effort, several Hotelies and other Cornellians in the DC area have served as volunteers on her campaign.

Through it all, Brooke has maintained her ties to Cornell. She serves on the board of the local Cornell Hotel Society chapter, is active in the Cornell Club of Washington DC, and continues to communicate with her friends from Ithaca.

While Brooke’s passion for hospitality remains strong, politics appears to be the profession of choice to satisfy her desire to provide service – “a little better service” to the residents of the nation’s capital.

Editors Note:  Dana Barrett – Hotel ’88 is running for the House of Representatives from the 11th district of Georgia.

On Saturday July 21, 2018, Hotelies gathered at Mayorga Organics for a factory tour and coffee tasting. Mayora Organic’s purpose is to eliminate systemic poverty in rural Latin America through responsible trade of artisanal organic foods. Their team has dedicated their lives to creating a SUSTAINABLE business model that puts FARMERS first as they believe that HEALTHY farming communities will produce better quality products that ultimately will benefit their valued customers. We got a full tour of their roasting facility and tasted 8 different coffees.